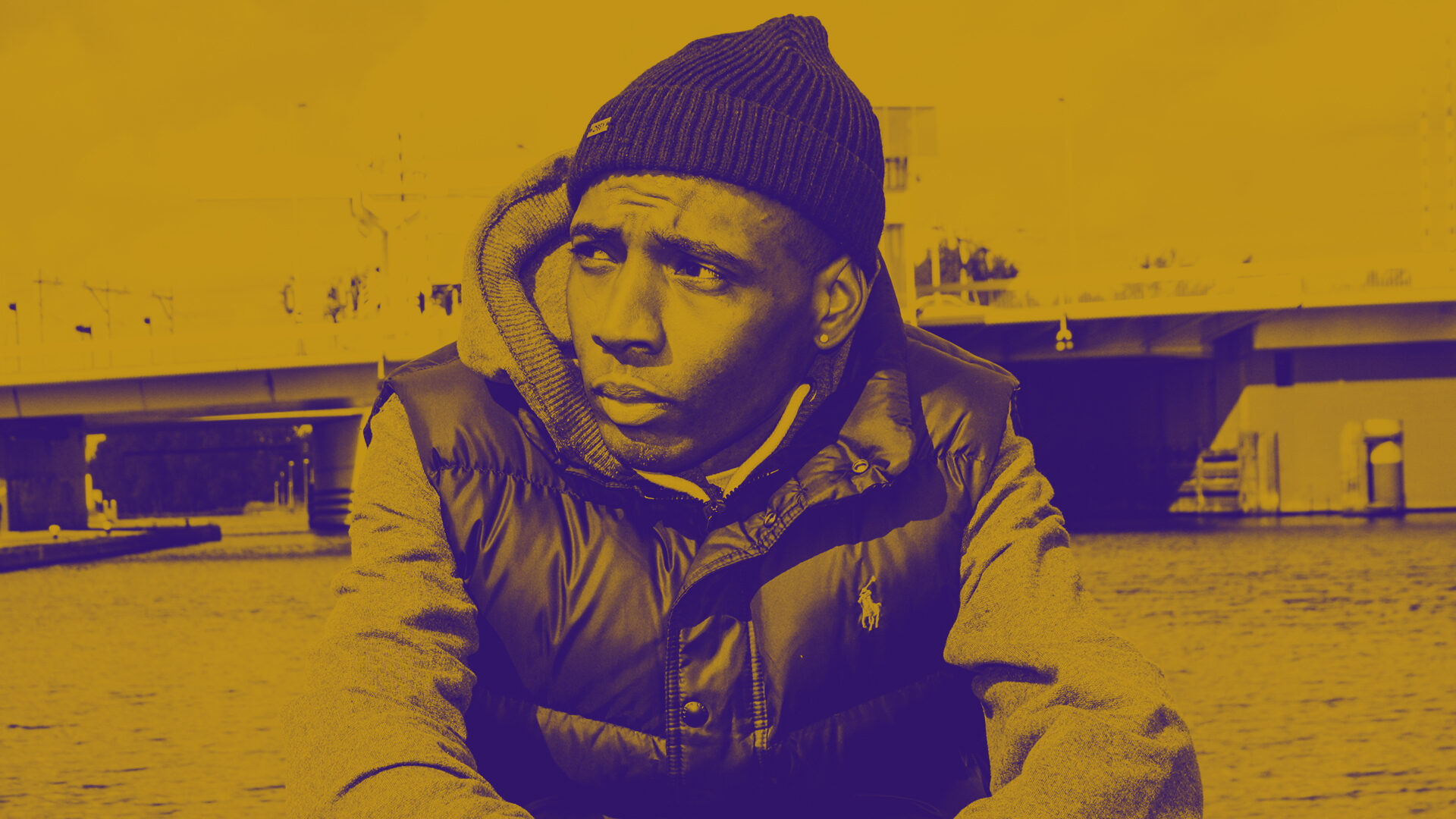 Conceptz is a rap artist who hails from Rotterdam, a city located in the Netherlands. In the 90’s, he started to rap solo under the name of R.O.C (Ruggid Outstanding Conceptz) but somewhere in ’02 he changed his name to Conceptz.

He used to be part of “Draztik Measurez”, a rap group that was at the point of an international breakthrough. In ’99, they made it to the finals of “The Dutch Grand Price”, which is the nr.1 competition for live music in this country. Unfortunately, they didn’t win, but it did open up a window of opportunity. One of the opportunities was their appearance at “Lowlands”, one of the biggest and most popular music festivals in the Netherlands. Besides this performance, they had the privilege of being the support act for international artists like Xzibit, The Pharcyde, Choclair and Shabazz the Disciple.

The group disbanded in ’02.

Once again Conceptz fully focused on his solo project. He hooked up with a well-known and respected producer from this country named Q.F. They began working on his English material, but during this process Q.F. suggested that Conceptz should consider crossing over to “Dutch Rap”. Conceptz took this advice and ran with it. To his surprise the “Dutch” flow came natural to him and he got great responses to his new material. Together they started to work on a Dutch project, which sadly never got released. Some of these songs can still be found on the Internet.

Through the years Conceptz build up a name reputation, which didn’t go unnoticed. He had the privilege to work with producers like Q.F. (Sugacane, Mr. Probz), Lotuz, Virus (VSOP, Ali B), Postmen, Taziyah (GMB, Pan Afrikanz) and SoundG8 (Kempi, Jalise).

He has performed at hiphop spots and venues like Nighttown, 013, Metropolis festival, Live on the Low, Uitmarkt and Paard. Conceptz headlined the “Geen Daden maar Woorden” Tour and even became FunX factor.

At the moment, he’s in the studio working on a Dutch album with producer 2Dope (Dion, RMB) and an English album with the New York based producer team Superb Elements (Ruste Juxx, Tragedy Khadafi, Grand Puba).

New music is on its way…

The best part about yo own lane…ain’t no traffic

Also how does a person commit a mass shooting and walk away alive????

THIS is the Nas I miss. No not what he's rapping about but the WAY he is rapping. A little hype, clever witty and flowing. Drums!!! Drums!! Drums!! @Kil889 pic.twitter.com/x1iJRCGmRd

Gas high, flights high, cost of living high, my cousin high on my couch, everything is just high pic.twitter.com/weDQeXsoIC

FAKE MCs, THEY ALWAYS ACT HARD, BUT WON’T WALK THE STREETS WITHOUT THEIR BODYGUARD

Looking for a refreshing aesthetic for missed notifications? If you’re jailbroken, then a new tweak called Enchant has you covered idownloadblog.com/2021/03/04/… pic.twitter.com/Kv1ZabUY9O

@HipBedford @Comradcamplife @emac_v @AceHa @alaw_music @samdagrouch @TheUPoet That's how we do. Yet too many people don't know yet what DUDE.FM means in the same way! Supporting Independent Artists from all over, they've just rocked with our brother @MrConceptz for #Real So, please remember, the power of love for the good stuff!! #DudeFM

Ya’ll know this dude @MrConceptz is a deep thinker... Tafels 🤔

@dude_fm @MrConceptz @YouTube Yup it's deep indeed, that's how we read, write and speak! Profound sounds found in souls from the grassroots, providing inspiration and guidance with lyrical substance!! #IndelibleConscious

What is the meaning of the word 'Doolhof' in the track and music video by @MrConceptz > @ICdotcom Here are some definitions we found. Yup, it's quite deep... > en.wiktionary.org/wiki/doolho… > interglot.com/dictionary/nl/… > Doolhof (Official Video) youtu.be/MO94bik8WCc via @YouTube

Check this out peeps! Representing #IndelibleConscious our very own @MrConceptz is featured on the amazingly dope platform from our extended family @dude_fm Yup, the realest network of the planet is where ##TrueJewelsNeverFade twitter.com/dude_fm/status…

Conceptz @MrConceptz is a rap artist who hails from Rotterdam in the Netherlands. This dude started rapping in the '90s and is still bringing it 🔥 #Netherlands #Dutch #boombap #hiphop Learn more about Conceptz right here on DudeFM >>> dude.fm/#conceptz-biog… pic.twitter.com/MK3JVqOiQH

Episode 33 is out! It is packed full of great content about the Vols, the game, and more! Sponsored by Walgreens. Music by @MrConceptz, @Iamtragichero and btw,. Show some love and get some Merch! #Vols #VFL #GiveHim6 #GBO #podcast officialgivehim6.wixsite.com/…

We have yet another new music donor!!! Conceptz is allowing us to use his music in the podcast. Great guy. Give him a follow @MrConceptz! Link to his music is below: open.spotify.com/artist/1Gu9e… #music #podcast pic.twitter.com/kOwK5hcCZy

Check out @MrConceptz and let us know what you think indelibleconscious.org/concep… #RealHipHop #BoomBap #Rotterdam #TheNetherlands

@MrConceptz Joints dope bro. You should check out some of my beats and artists I've done tracks for. Acewunda on SoundCloud.